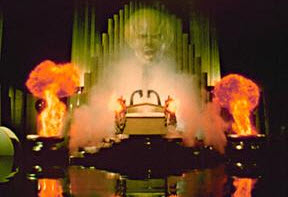 Pay no attention to misleading figures!

When clan House of EL began no obligation “practice wars”, they were hoping to learn new strategies. Improved results came sooner than expected–immediately, in fact.

Their practice war record is better than their regular war record. What could explain this? Let’s take a closer look at the math of clan wars.

Assume we could hold a mini-war in which two teams of four th9s were pitted against each other. Team A, The Steady Eddies, are GoWiPe experts who are able to two star bases consistently. In fact, their results average:

Their opponent, Team Risky Business, by contrast, is all over the place. There is no telling what you will get when one of them attacks. Their results average:

Steady Eddies use their initial attacks and results are as expected; all four of the opponents bases are two starred:

Also, as expected, Team Risky Business‘s results are all over the place. The results are:

For their cleanup attacks, Steady Eddie again two stars all the bases. But this nets them no new stars and the results remain:

For cleanup attacks Risky Business aims all four of their attacks at the enemy bases 1 & 2, who are 0 starred and 1 starred, respectively. The results are:

Are you a GoWipe clone?

HOW CAN IT BE?

Risky Business lost more attacks and has a lower average per attack than Steady Eddie, and yet they scored more stars to win the war. How?

How can clan leaders tell the difference between a high risk player going for three and a regular player who just sucks? How many attacks does it take to judge a player’s skill? 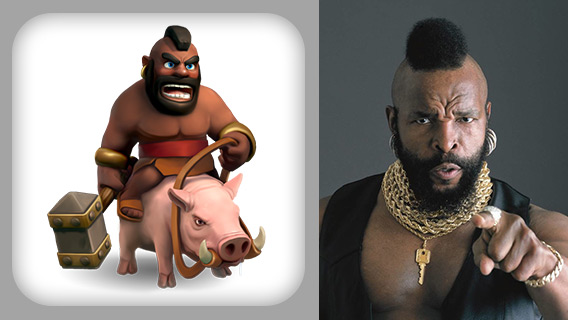 Playing not to lose causes them. Play to win, fool.